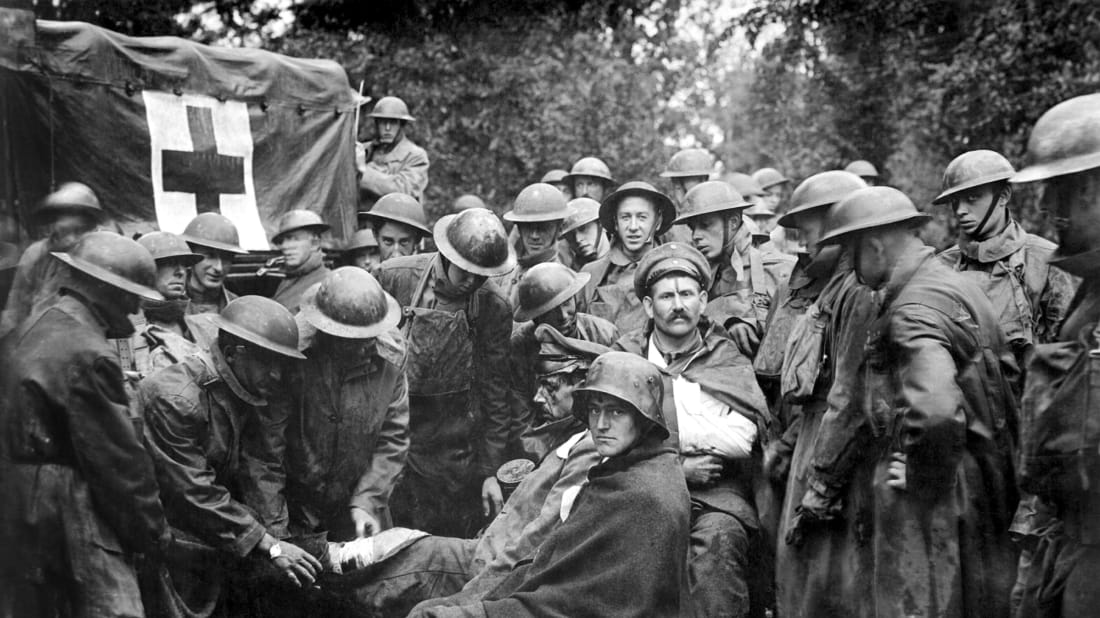 101 years ago today, the ‘war to end all wars’ came to an abrupt end. It was the single most dangerous conflict the world had ever experienced. People from all corners of the globe were affected, and the shockwaves that the war caused continue to ripple and affect the present day.

If that’s the case, why do we hardly ever talk about it?

There are a couple reasons, and they’re pretty simple. First of all, we have no direct connection to it. The last combat veteran died in 2012 at the age of 111. With no one left to remind us of the toll that war takes on the human experience. No one to give us a first-hand account of the horrors of war.

Sure there are books, diaries, and countless historical takes on the events that transpired over those four long years, but nothing can match individual testimony. The same is slowly starting to happen with World War II. As the last veterans begin to leave the world, we grow farther and farther away from the horrors of war.

And then there’s the way we actually see the conflict. Other conflicts like World War II, Korea, and Vietnam feel closer because when we flip to the History Channel, there are color photographs and films. Countless hours have been spent colorizing black and white images and movies, making them more accessible. (Check out Marina Amaral‘s website. She colorizes images from WWI, WWII, and other historical events.)

It’s not that the war isn’t important. It’s that we’re so far removed from it, the horrors that it caused have just grown foggy. But we can’t forget because when the conflict leaves our mind, and the human loss of life becomes for nothing. Instead, do a little bit of research and check out these three different takes on passing on the horrors of the First World War.

God Damn This War is a chilling account of all parts of the WWI conflict. From the war’s beginnings all the way to the boys coming home, this graphic novel isn’t your normal war story. It’s gory. It’s real. It’s a terrifyingly grotesque story that will stick with you, just like the scars from the war stuck with those that fought it.

Hardcore History is an amazingly thorough account made by a guy with a computer, a microphone, and more books than a Barnes and Noble. Dan Carlin does his research and really gets into the weeds of every single aspect of the conflict, from beginning to end, plus the repercussions of the war through the century that follows.

Watch: They Shall Not Grow Old

As I stated earlier, one of the main reasons we’ve begun to forget about the horrors of WWI is that we have very few ‘modern’ accounts of the conflict. That changed in 2018 with They Shall Not Grow Old. Peter Jackson and his team spent countless hours colorizing archival footage and sifting through accounts from the British soldiers that were some of the first to fight. It never saw a major theatrical release, but it still plays in theaters every once in a while, so look for a showing near you.

As I grow older, I find myself becoming more emotional when it comes to conflict. Like most, I find myself becoming angry, but also feel overwhelming sadness, confusion, and grief. Although I’m sad that the conflict occurred and that so many lives were lost for no reason, I’m eternally grateful for those who fought it so I would never have to experience a conflict like it myself.

Today, November 11, 2019, marks 101 years since the war ended. Don’t let the human lives lost be for nothing. Remember the conflict. Remember the loss. Remember the humanity that perished  in the blink of an eye. When we forget, it all becomes for nothing, and we’re more likely to repeat the horrors of the past.