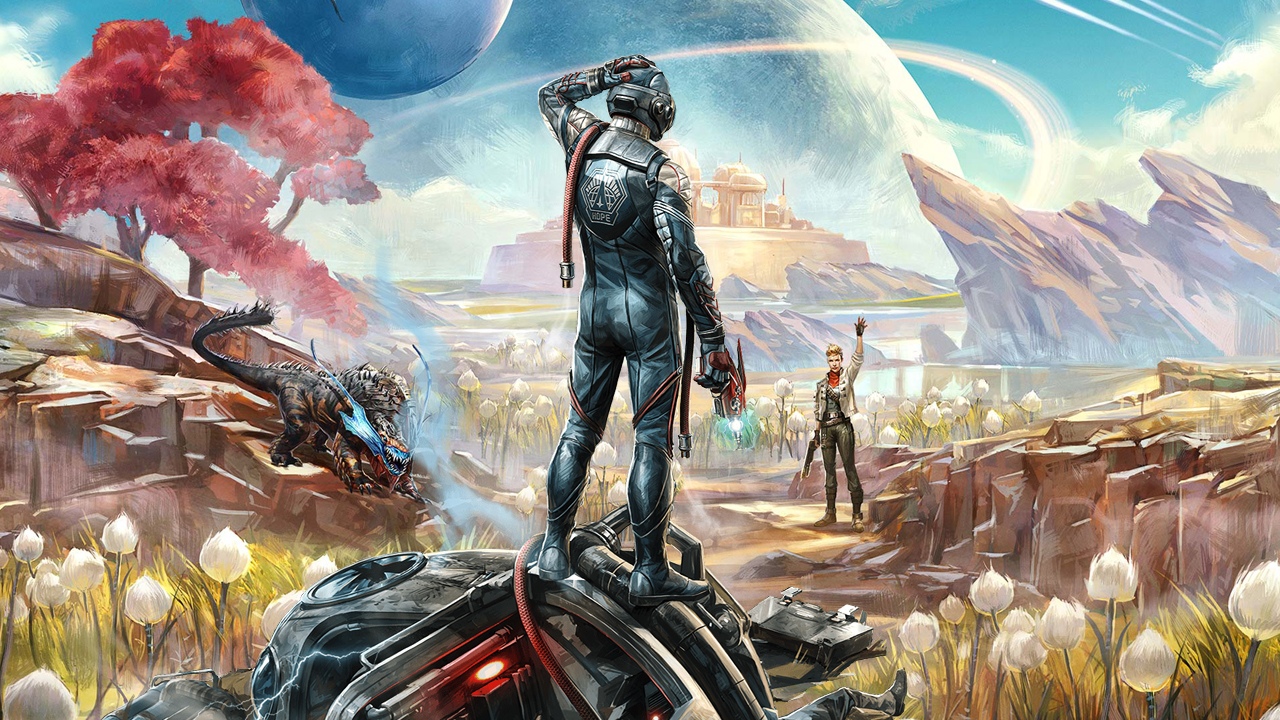 If you’re looking for a review of the Outer Wilds, you’re in the wrong place. I can’t tell you how many times over the last month I’ve made that mistake, either typing it into a search bar or talking to a friend. Seriously. Whose idea was it to put these two games out within a month of each other?

But I digress. It doesn’t matter if you get them confused, because The Outer Worlds is a million times more anticipated…but honestly hasn’t seen that much press since it released. It’s fun, detailed, and most importantly, a good RPG. But the press for the game really slacked off after the first couple of days. Why did one of the most anticipated games of the year fall by the wayside?

Before we shit all over it, let’s cuddle with it and tell it how pretty it is.

The Outer Worlds is a killer RPG, one of the most in-depth and fun-loving that I’ve played in a long time. Like any good RPG, it has a detailed character creation process. Not just when it comes to looks, but for skills and attributes, too. From the very beginning, you’ll see that your choices do matter. It matters what job you choose. It matters what skills you put points into. It matters what weapons you choose to specialize in and what faults you take throughout the game.

So many of the mechanics feel new, but familiar. Weapon condition, special weapons, science weapons, sneaking, armor rating and modifications…the list goes on and on. Almost every step of the game reminded me of another great game Obsidian made, but I told myself I wouldn’t mention it. SO I’M NOT GOING TO! But everything about this game calls back to Obsidian’s (read as: Black Isle’s) original–and most loved–games.

Then there are the environments and factions. Again calling back to Obsidian’s roots, there are plenty of areas for the player to explore. From bright emerald cities to abandoned interstellar space stations, each environment and faction felt unique, like it belonged and played an important part in the overall world building.

And, in classic Obsidian style, the game is funny as hell. There are so many subtle jokes, slight jabs, and overt references to other Obsidian games. It was hard not to crack a smile during the lottery mission on Byzantium (a clear reference to Fallout New Vegas). And the robots in the game are an absolute riot. The cleaning robot found on your ship had to be my favorite companion––it going into ‘quiet mode’ always made me laugh. The writing is perfect, and I wouldn’t expect anything less from such a talented team.

All of this comes together to create a game world that felt familiar, fun, new, and exciting all at the same time.

Like any good RPG-er, I spent 78% of my time in The Outer Worlds exploring every square inch of each planet, space station, and ship I encountered. I looted. I rooted. I talked to every named NPC (which was a lot of NPCs). It was fun, deep, interesting, and different. Until it wasn’t.

The last 22% of the game felt like less of an RPG and more of a fast-travel extravaganza, going back and forth between locations and characters to turn in quests and gather loot. Travel here. Get out of the ship. Fast travel here. Turn in this, that, and the other. Why did I quit walking from place to place? Because it got boring, that’s why. The random encounters stopped becoming random. Instead they turned into predictable inconveniences that I could easily shoot, bash, or run my way through.

And the world was huge––so big that I didn’t have to encounter enemies if I didn’t want to. Instead of sneaking my way around, I could simply walk (or fast travel, don’t even get me started on that) around the enemies and avoid any conflict whatsoever.

Not that it mattered. By about level 20, my character was so powerful that I could blast my way through even the toughest enemy, including the final boss. By the time I got to the ‘point of no return,’ I was glad because I was ready to be done.

And that really gets to the core of the problem with The Outer Worlds. In the beginning, it felt so vast and expansive, like any good RPG should. But the more I played and the deeper I dug, the more shallow the world became. It eventually became a chore to go from planet to planet, turning in quests, and meeting new people.

I’d been waiting for a game since it was first released. And I’m not saying this game is bad, far from it. It just feels like there could’ve been so much more to the game than there was. I hope there’s another installment coming soon (read as: five years from now) so we can learn more about the (outer) worlds that make up this weird universe. But I also hope it’s more immersive and deep. After about 30 hours and an entire solar system later, I left Halcyon feeling like a mother who just caught her 17-year-old smoking cigarettes: I’m not mad. I’m just disappointed.