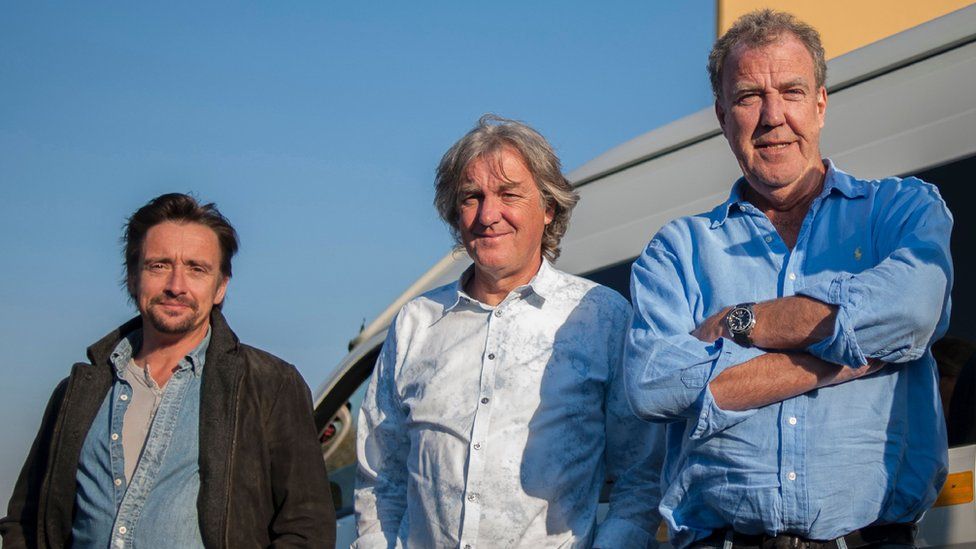 I was hungover Sunday. Not hungover in my head, but hungover in my body. I felt weak, tired, exhausted from the long night before. It was ok though. It was the weekend, after all. That gave me plenty of time to do a couple of things: 1) Be lazy. 2) Do some wood turning. 3) Play guitar while watching The Grand Tour. So as I sat down with my contrapposto Fender Starcaster resting in my lap and flipped on the old boob tube, I was taken aback when I was met with the episode description ‘In the final episode of the series…’

See, I had forgotten that The Grand Tour is actually a show from the US, not the UK. This is why that’s important:

In England, ‘series’ refers to what we from the US refer to as a ‘season.’

In the US, ‘series’ refers to the show as a whole.

So there I sat, watching through James, Richard, and Jeremy testing out decades worth of old British Fords, laughing, spinning around, breaking headlamps, only to be smacked in the face with an image of Jeremy Clarkson, yes, the Jeremy Clarkson crying at the end of the episode. ‘Holy shit,’ I thought to myself. ‘What’s happening? Who’s dying? Who has cancer?’

But no. It was worse. Much worse. Jeremey, through choked up vocal chords and a river of tears, let the audience know that the three of them were finished.

My jaw hit the floor. Almost as much as it did five years ago when the show (Top Gear) as we know it ended abruptly with the firing of Jeremy Clarkson. James and Richard quickly made their exits as well, and I was expecting that we’d never again get to see these three old white men get together and make dick jokes ever again.

So last night, when Jeremy actually came to tears over the end of the show, I almost did, too. There are so many things that watching the three of them have taught me over the years. Not that I care about Top Gear or The Grand Tour. Call it whatever you want, those three guys were masters at what they did. They could make you laugh, cry, think, all within five minutes of each other, and the final episode of The Grand Tour is a perfect example.

There are so many others. The car/boat concoctions…the red Toyota…the spaceship car…a Bugatti Veyron racing a jet plane…the trips to Africa, Argentina, or the Amazon…

I think the best memory I’ll have with the three of them is two nights before my wedding. My wife had gone off on her bachelorette party with her sisters, and I was left at home: nervous, alone, and did I mention nervous?

After stress-cleaning the entire apartment and ironing all my shirts, I sat down with an ice cold beer, turned on the TV, and started going through a greatest hits of Top Gear and Grand Tour. I laughed–a lot–and it made me feel better. It was one of the few shows I knew I could go to any episode, turn it on, and I would feel good when it was over.

But time changes all things, and if they’re ready to move on from this artistic endeavor, then I must be, too. It’s time to close that chapter of my life and move on, only able to relieve the fun and the memories through reruns and old episodes.

Isn’t that life, though?

And on that terrible disappointment, it’s time to end.