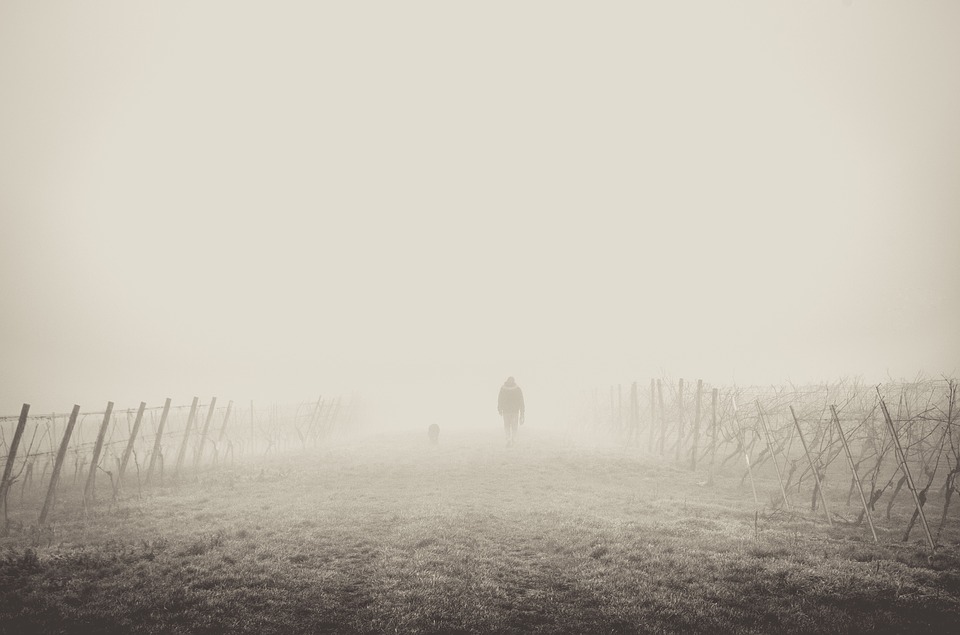 Cindy bounced up and down at the foot of her father’s bed with the enthusiasm only a person under the age of 10 could have at eight in the morning.

Jim rolled over and peered out his window onto his front lawn. As his eyes adjusted, he began to see tiny flakes falling from the sky.

Cindy grabbed her father’s arm and tugged at it until he awoke, at least half way, got up, and put on his robe and slippers. As Cindy pulled him out the door, she immediately let go and jumped into a three foot pile that had accumulated on the edge of their lawn.

The first thing that Jim noticed as he walked outside was that it was about 60 degrees out – not a normal temperature at which snow falls. The second thing Jim noticed was that his daughter, as she jumped in and out of the giant pile, was covered in a grey soot-y substance. He walked off the porch and onto the sidewalk, bent down, and grabbed a bit of the snow in between his fingers.

As he mulled and muddled the substance, Jim came to the realization that this wasn’t, in fact, snow. He pulled out his cell phone to look at the weather forecast for the day. “Huh, no service,” he grumbled in his half-asleep state. He refreshed his phone, and even tried banging it against his palm, but the lack of reception persisted.

Neighbors from surrounding houses were doing the same, looking at their phones as their children and dogs began jumping into the piles that now formed on their lawns, only to notice that they were seemingly cut off from the outside world.

He stepped out from underneath his porch and looked up into the sky. It was unnaturally blue, especially for the snow that appeared to be slowly drifting towards the earth.

“Daddy, look! I’m making a snow angel!” Jim’s daughter flapped her arms around the pile in front of him.

“Cindy, I think it’s time to go inside now,” he said picking her up from the grey mess. “We can play in the snow later.” Much to her chagrin, she agreed to go inside with her father. She tromped into the house leaving a trail of debris behind her.

“Go take a shower and wash off” he told her as he patted off his clothing. He hadn’t been in it long, but even he was covered in a cloud of dust.

After washing his hands and kicking off his dirty shoes, he flipped on the television to see if there were any other reports of this strange snow around the area. But, before he could begin flipping channels, the noise from the emergency broadcast system filled the living room.

“At 7:24 a.m., cities all across the United States were simultaneously struck by missiles carrying a nuclear payload. Those living within 150 miles of Chicago, Washington D.C., New York City, Atlanta, San Antonio, San Francisco, and Seattle are advised to stay indoors. All others are advised to seek out local bomb shelters. Stay tuned for more information regarding the situation.”

“Shit…” Jim sad to himself. The remote control slipped out of his hand and fell onto the floor with a bang.

“Nothing. Nothing,” he said as he wringed his hands. “Just go wash up and get dressed. We’re going to go down to the school for a bit.” He got up out of his chair and pushed her into the bathroom. Flustered, he grabbed Cindy’s backpack and began stuffing it with her clothes. Next, he went into his bedroom and grabbed clothes of his own, changed into jeans and a t-shirt, and put on his shoes.

He journeyed back out into the living room to hear the message replaying on the television, and then saw Cindy sitting by the front window, staring blankly out onto the front lawn.

“Daddy, can I go play in the snow again?” she asked.

“No Cindy we need to leave. Did you get washed up?”

“Well, yeah, but I want to go out and play again.”

“Good. Take your backpack and go put it into the car. Get in and don’t play in the snow, okay? Just get in and wait for me.”

Cindy slouched over and sulked towards her father. He handed her the pink backpack and she made her way outside. Before Jim left to join his daughter, however, he walked back into his bedroom and pulled out the shoebox that was hidden in the back of his closet. From it, he pulled out the small 9mm Beretta pistol, two clips of ammunition, and a box full of shells. He stuck the bullets into his backpack and shoved the pistol into his jean pocket.  Locking the front door, he walked towards the car and slowly looked back at his home for what would be the last time.