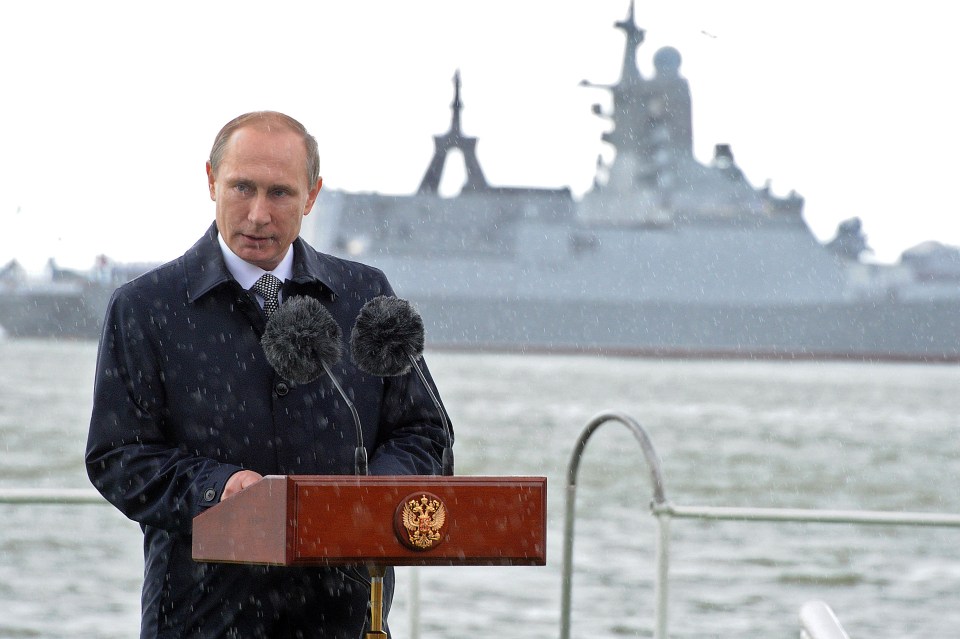 Following a longstanding tradition of passing off in-game footage as real video of weapon tests, Vladimir Putin began his Annual Address to the Russian Parliament Thursday with footage from Call of Duty: Modern Warfare II.

‘Check out this quick scope,’ he said, claiming the kill one of the greatest in the history of the game.

‘This is totally us over in Syria right now. We’re pwning those nubs like, pew pew,’ he added.

After addressing Russian intervention in Syria, he quickly turned to aggression from the West, specifically the United States.

‘These guys think they’re better than us. They’ve only got like, a .2 ratio. They’re scrubs!’ he told Parliament. ‘I called up Donald Trump the other day and he told me he wanted to 1v1 me in Rust, but when I told him to bring it on he said his mom was yelling at him to come down for dinner. Like, what’s up with that? Fucking scrub.’

After a long tirade about President Trump one shotting with Hanzo the last time they played Overwatch, Putin finally turned to his big announcement.

‘So, guys, I know you’re all here to like, see if I was telling the truth. And I seriously was. Check out this weapon we just made. Check it out. This is going to be the biggest, baddest explosion you’ve ever seen.’

The crowd erupted in cheers, praising Putin and his sick skills.

‘The US wants to challenge us? Our allies? They’ll have to get through me first. 1v1 me, bro. Bring it.’

When the assembly asked Putin for the name for the new weapon system, he promptly replied ‘Missile McMissile Face.’ Unsure whether or not it was a joke, an uneasy laughter broke out among some of the assembly while reports quickly began jotting down the name given to them as Putin continued staring straight ahead.

As a final treat for the crowd, Putin showed a video from his recent trip to Syria.

‘I was over in Syria the other day, because I care about them so much, I wanted to help out.’ Everyone nodded in unison, fearing for their lives if they disagreed. ‘I had on this new GoPro I bought on the way over there, so it’s all first person. It’ll be like you’re really there. Check this shit out. Only I could do something this awesome.’

After seeing the footage for the first time, the crowd sat speechless, obviously in awe of their leader’s ability.

‘That’s right. Come at me.’ Putin then picked up the mic off the podium, held it out in front of his chest, and dropped it on the floor. The room went dark. A few moments later when the light returned, Putin was gone.

When President Trump was asked for a response to Putin’s new announcement, he told reporters to expecting something ‘Huge, gigantic, the biggest you’ve ever seen,’ in upcoming days.