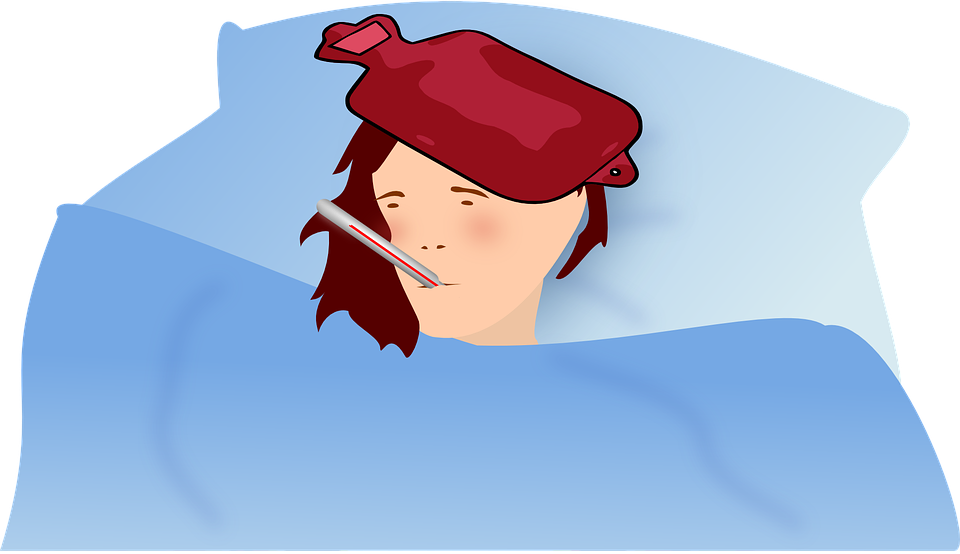 Picture this: you wake up in the morning and you don’t feel too hot. Or maybe you do feel too hot. You’ve had a little bit of a sniffle the last couple days, but this morning, it’s at a whole new level. Your stuffy, you’re coughing. Your eyes are red and all the color has flushed out of your face. Then, the question pops into your head: should I go to work today?

With that, an flood of thoughts inundate your mind. We’re so busy this week! What if I just take some medicine and power through? They’ll be mad at me if I call in. What if I end up feeling better halfway through the day?

But let’s say you come in anyway. Let’s say you’re a super important person with tons of work to do and lots of things on your plate so you have to come in, even if you threw up this morning and feel like total crap (this actually happened last week). You’re ruining it for the rest of us. When you come in to get your work done, you’re putting other people at risk for getting ill.

Let’s run a thought experiment. You come into the office while you’re sick. In turn, you get three more people sick. Those three people have weaker immune systems than you, so they have to call in later that week. In one foul swoop, you’ve caused a three-fold loss in productivity compared to the one-fold loss if you would’ve just called in when you first got sick.

By coming in to work, you’re stressing yourself out. More stress means a weakened immune system. A weakened immune system means you’ll be sicker longer, and it might even get worse. So there, instead of the initial one person calling in sick for a day or two, you’ve now got four people out sick from the office.

I hate to break it to you, but you’re not making it better when you come in sick. You’re making it worse. We need to stop making it okay when people come in to work sick. Instead of ostracizing the ill when they call in, you need to ostracize them for not calling in. Same goes with students in school. Instead of forcing them to go in because they’ll get in trouble with the principal, make them stay home. If that means you, the parent, have to stay home, too, so be it.

Quit putting other people at risk. Quit being selfish. Call in sick.

While I’m on the subject, get your flu shot. Get any and all vaccinations recommended to you or your children. If you don’t, you’re an ass hole. That’s another group of people we should start ostracizing: the anti-vaccine crowd. If you don’t get vaccinated, you’re putting everyone else at risk for getting sick. I get it, I really do. Some insurance programs don’t cover flu shots. Mine doesn’t (which is absolutely ridiculous). But you know what? The shot to cover all four strains of the flu costs $39. The shot to cover only three strains costs something like $12.

We now return you to your regularly scheduled programing.