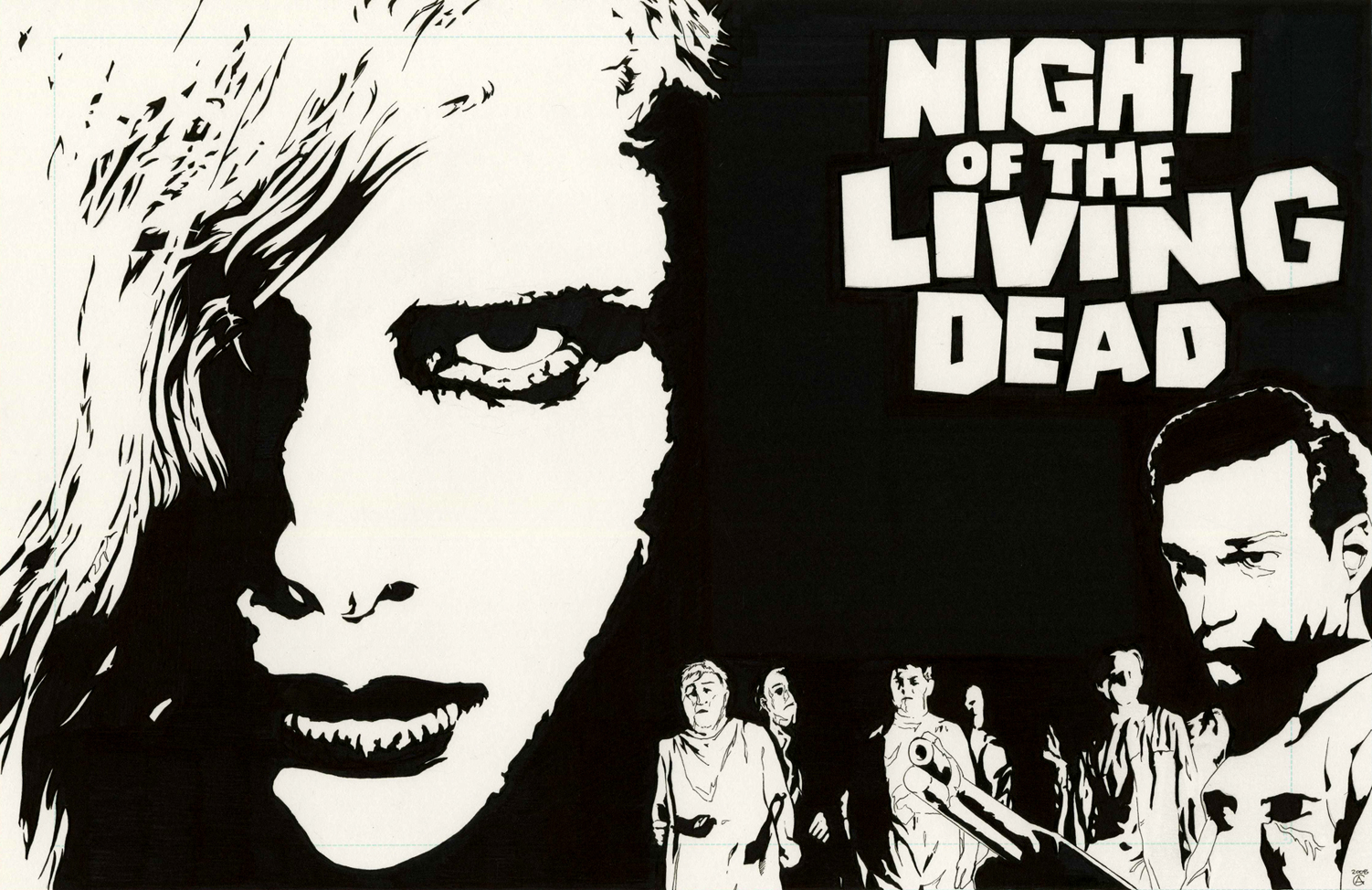 Anyone who knows me or who has read my George Romero blog before knows that I’m a huge fan of the ‘Dead’ films. They began an entire genre, they’ve challenged viewers with difficult questions, and they’ve inspired a slew of media from comic books to TV shows.  I’ve been into zombie movies since as long as I can remember, and since it’s Halloween, I thought I’d attempt to put some sort of numerical value on the greatest series of horror films ever made. Let’s jump right in and see which ‘Dead’ film takes home the grand prize.

6) Survival of the Dead

Aptly, the last ‘Dead’ film is also the last on this list. Or first, depending on how you look at it. Either way, Survival of the Dead falls at the lower end of the zombie movie spectrum. Although this film does tie in to Diary of the Dead (subtly), and it does carry a somewhat interesting story and beautiful scenery, it feels as though it’s almost a parody of the other Romero films. Some of the acting in it is so bad that it deserves more to be on a cheese tray than a DVD tray. But don’t get me wrong. I’m not saying this movie is shit; far from it. It’s a very interesting way to go with the Dead films. Just like Romero always did, he pushed the genre that he himself created to an entirely new arena with this film, and it deserves praise, even if it wasn’t his best work.

Land of the Dead marked Romero’s return back to the ‘Dead’ franchise in 2005. He hadn’t made a ‘Dead’ film since Day of the Dead in 1985, and 20 years later, Land of the Dead took audiences and critics by storm. Really, for me, Survival of the Dead was an easy choice for number 6, but all the rest were pretty difficult. Land of the Dead was the first of Romero’s films I saw in theaters. So it’s got a sentimental attachment to it. It’s also the first time we see zombies getting smart. I don’t mean smart like Bub in Day of the Dead. I mean smart. Then you’ve got the human aspect of the poor getting treated just as bad, if not worse, than the zombies. Who are the real slaves of the society? Huh? HUH?

Anyway, it’s a great plot, got some A+ talent, and Romero created some awesome new tropes in this film that hadn’t existed before. Zombies being excited by light or sound, zombies being able to walk through water, zombies being used as amusement, etc. A lot of things that we take for granted today. It just doesn’t push boundaries like the other ‘Dead’ films do. There’s a reason this is the most commercially successful film on this list. It’s just another horror movie to me. It doesn’t make you think or ask questions.

Dawn of the Dead was remade in 2004 by Zach Snyder. Although it’s a great adaptation of the original film, the Romero version has little resemblance to the remake except for its location. What’s so iconic about this film? Well, first you have that – the location. Is there any more iconic location for zombie fighting/survival than a mall? I didn’t think so. This set the stage for so many games and films to come after. Left 4 Dead II and Dead Rising just to name a few. And it’s such a great story. Everything about Dawn of the Dead is a great followup to the first film. But it can be slow at some points. It feels a little forced in some spots. I dunno, maybe it’s just me, but this one is definitely lacking in some areas where the other 2 original films are not.

3) Diary of the Dead

This opinion may be controversial. I, honestly, don’t care. Although this is one of Romero’s later ‘Dead’ films, and the lowest grossing at the box office, I still think this is one of the best. It wasn’t as cinematic and mainstream as the previous installments, nor was it nearly as well acted or beautifully shot, but it did bring the ‘Dead’ films into the 21st Century. Land of the Dead wasn’t different. It wasn’t new. It was more of the same. But Diary of the Dead took four completely new characters, young characters at that, and put them front and center. It gave us a new perspective on the zombie apocalypse, not only from their eyes, but the eyes of the camera as well. The entire thing was shot 1st person in the modern ‘found footage’ fashion, which was a great update. I really wish Romero would’ve ended on this one, but hey, not my call.

2) Night of the Living Dead

The original zombie flick, surprisingly, isn’t the first on the list. It is, however, still in the top 3 greatest zombie movies of all time. It started a craze that swept the nation. It broke rules by showing uncensored blood and gore on screen. It shattered boundaries by having a lead black actor punch an old white dude in the face. And it made me extremely afraid of the name Barbara. It has basically one setting, but it used it brilliantly. It is the quintessential zombie film, one that you really need to see to understand its cultural significance. Although it’s number 2 on the list for being my favorite, I think it’s the one that you need to watch the most–and the one I’ll probably be watching tonight.

Just like number 3, this might be a controversial opinion, but I think there are a lot of people that would agree with me. Day of the Dead is the final of the original trilogy of ‘Dead’ films. Romero was going way over budget, way over schedule, and was losing support of the studio. So although it’s not quite the movie he wanted to make, what we have is a brilliant end to the original trio of ‘Dead’ films. Its social commentary is stark. There’s a huge discussion to be had about the military industrial complex’s role in our society after watching this film, but I digress. This is the film that inspired a generation of zombie lovers. It’s Simon Pegg’s favorite zombie movie, for instance. (Bub is his favorite zombie.) The soundtrack is mesmerizing. (M1-A1 by the Gorillaz starts off with a sample from the beginning of the film.) And it was the first instance of a truly ‘smart’ zombie. Although it’s the least talked about (and probably one of the least liked) of the ‘Dead’ films, I highly recommend checking it out as it’s without a doubt my favorite.

And just because, here’s the Gorillaz.

In all seriousness, just sit down one day and watch them all in order so you can see the progression. Make a day out of it. Or…a night. (Get it? Because it’s Day of the Dead and Night of the Living Dead? Get it? Ehhh???)

What do you think of my list? Disagree with my choice for number 1? Want to bite my head off? Let me know in the comments.