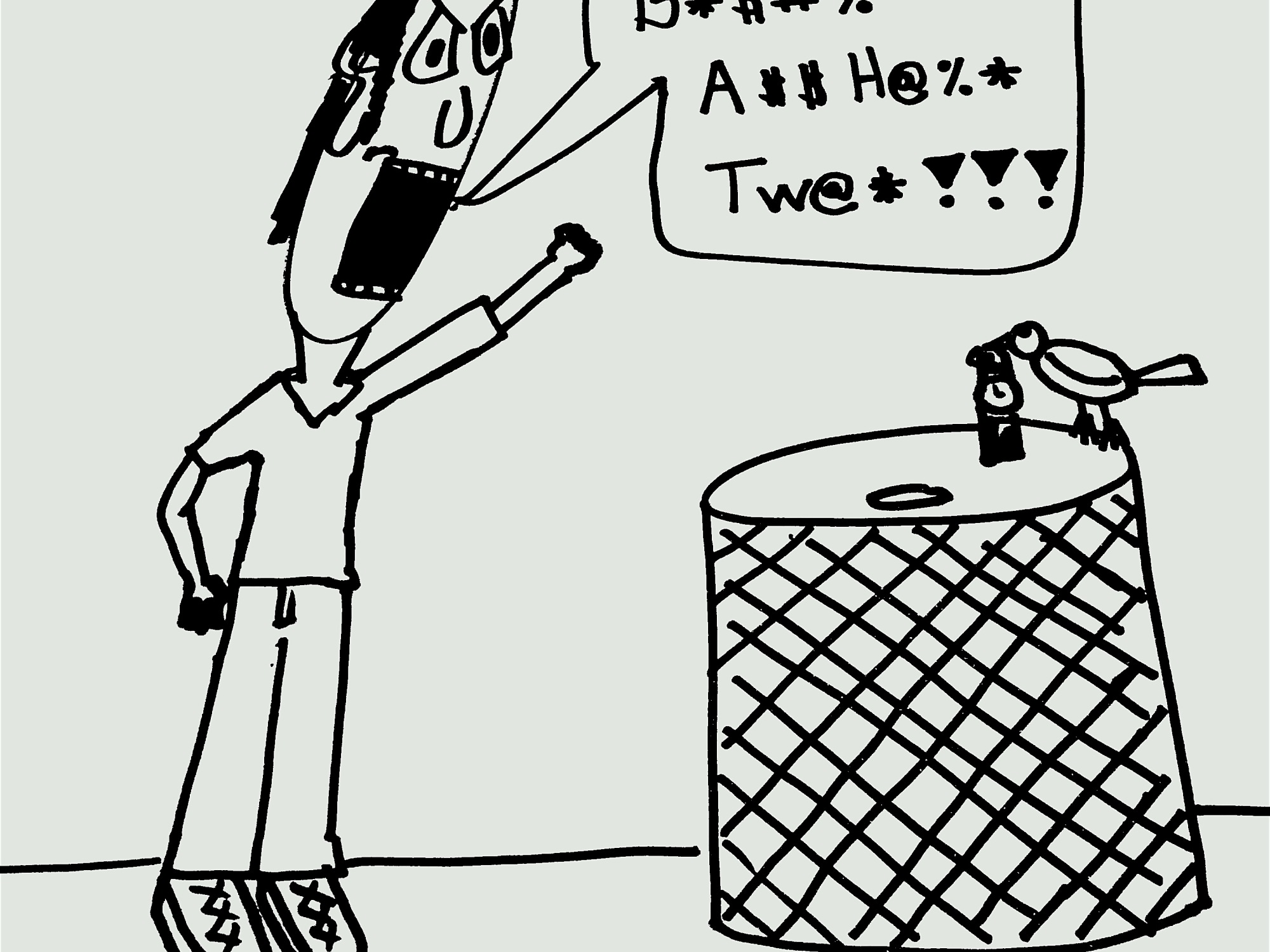 The first time you curse, whether you’re alone or around someone else, is a magical experience. I still remember the first time I did. I was watering plants in front of my parents’ house. When I turned on the hose, it shot off the ground and sprayed me from head to toe. “Ah shit!” I said to no one in particular. And then it happened. The rush of knowing that I’d done something terribly wrong, but oh so right. This unleashed the maelstrom of cursing that followed in my life. Not that I curse like a sailor, but I would say that cursing is definitely a part of my vocabulary.

Why? I’ll tell you why. Because it’s fucking awesome. There’s no group of words in the English language that are as elastic and usable as curse words. They can be interjections, nouns, verbs. Hell, they can even be used as adjectives. Can you name another group of words like that? Hell no, you can’t.

Let’s take a personal favorite: shit. Shit is a very interesting word because it’s kind of in ‘curse word limbo’. A lot of people don’t see it as being too bad, but some see it as being up there in the ranks of the big three (the other two will be covered later, I assure you). But shit is probably one of the most versatile and fun words in English. You can use it as a verb: “I am shitting.” You can use it as a noun: “Look at that shit,” or “That shit was terrible.” You can use it as an adjective: “That movie was really shitty.” The list goes on and on. It’s also great because it can mean so many different things. You can say “That movie was shit,” and it means the movie was bad. On the other hand, you can say “That movie was the shit,” and it flips meaning: “That movie was very good.” One of the best moments for ‘shit’ is probably the South Park episode ‘It Hits the Fan.’ Beautiful stuff. Here’s a clip of all the shits that you could ever shit in one shitty YouTube video. Doesn’t it just make you warm and fuzzy inside?

Another interesting way we use curse words is with a little linguistic phenomenon called the ‘Infix’. Infixes are words that live inside other words, usually for emphasis. A lot of other languages use infixes to show how bad or good something is, but English does not. Well, with a few exceptions. Take the word ‘fuck’. Fuck is another fun word. It rolls off the tongue with a specific feeling of pleasure. The ‘f’ is always short – a quick burst of air that escapes from a small space between your lips. But the ‘uh’. Oh that ‘uh’. The ‘uh’ sound can be as long or short as you like. To express particular anguish about a situation, you could say “Fuuuuuuuuuuck.” Or you could use “Fuuuuuuuuuck” to say that something is awesome, kind of how you would say “Damn!” And then you have the ‘ck’. Anything with a hard ‘c’ sound in it is particularly pleasing.

Anyway, where was I? Oh yes! Infixes. There is one way that infixes find there way into English. Well, there are a couple, there’s always a couple, but this is the one you’d be most familiar with. Infixes in English are found with curse words. Lets say that you really like Chinese food. One of your friends asks you if you’d like to go get some Chinese food from your favorite restaurant. What would you say? “Abso-fucking-lutely I want to go get Chinese food!” Why do we do this? Why is this a thing? Because the curse word makes the ‘absolutely’ that much more emphatic. It shows that you don’t just want Chinese food, you really really really want Chinese food. Try finding some more infix examples and let me know what you think of in the comments.

And now… we get to a controversial one. I warn you, if you’re sensitive to words that start with ‘c’ and end in ‘unt’, you might want to stop reading now. Okay? Are you ready? Here we go…

But why? What about ‘cunt’ makes it so bad? It’s just another word for ‘pussy’ or ‘twat’. Do ‘pussy’ and ‘twat’ hold the same connotations that ‘cunt’ does? No. They don’t. It’s also interesting that the worst word in English has to do with the female anatomy. Anyone notice that phenomenon? People call each other ‘dicks’ or ‘knobs’ or ‘bellends’ all the time and nobody bats an eyelash. Well, the last two might cause you to cock your head to one side in confusion. Sorry. I really like British curses, too. ‘Knob’ and ‘bellend’ are some words that the Brits use for ‘penis’.

So why? Why is ‘cunt’ frowned upon so much? Really, I’m asking you a question. I have no idea why this word holds so much power, so any ideas are welcome. Many people are trying to take the stigma away from ‘cunt’ by using it on the reg, which is very respectable. Not me. Oh God no. My fiancée would kill me. But maybe one day I will be able to use cunt as freely as I can use ‘fuck’ or ‘shit’ or ‘ass’ or ‘balls,’ but not today. Or tomorrow. Or for the foreseeable future. If you want to learn more about ‘cunt’ and it’s shitty life at the top of the curse word spectrum, here’s a great podcast on cursing in general.

I hope you’re inspired to use some of these words today. Stub your toe? Let out an “Ah shit.” Get a crappy assignment at work? Tell ’em what you really think: “Fuck that!” Do it. Do it loud and do it proud. Curse to your heart’s content.

One thought on “A Few Points on Curse Words”