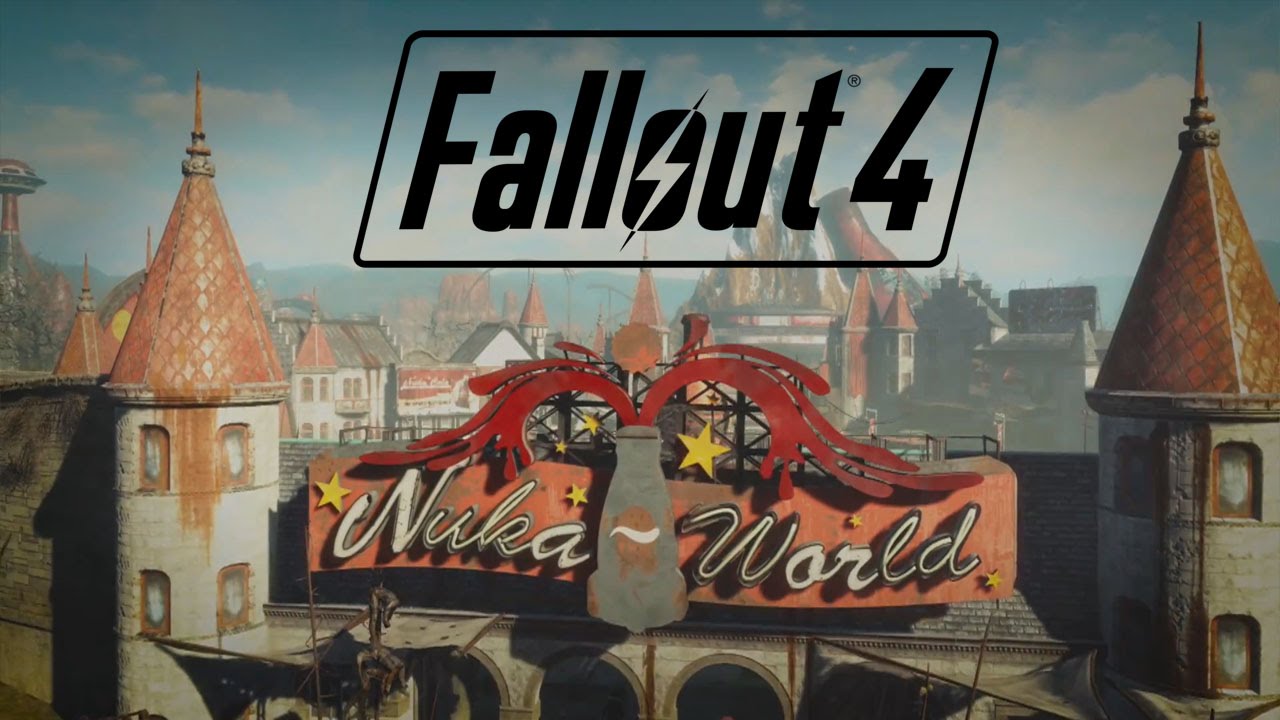 Well, I figure I might as well finish off this review.

I’ve been through the bulk of Nuka World: I’ve taken all the areas of the park. I’ve finished off the majority of the main quest. I’ve been scammed out of 22,000 caps by a band of Hubologists that I ended up blowing up because I put one too many fusion cores into their space ship.

All in all, it was a fun bit of DLC. It had action. Lots of it, actually. I rather enjoyed going through each area of the park and taking on their mini-quests. The area that stuck out most, in my opinion, was Nuka Galaxy. It was so much fun going through the robot battle arena. Getting stuck inside the battle zone was absolutely terrifying. I had to fight my way through hordes of angry robots that were hell-bent on my destruction. The ride through the roller coaster was absolutely fabulous. It was great going up and down the twists and turns of the ride, fighting room to room as I looked for space suits and Star Cores.

It was fun, as you can tell. I really did have a great time with this DLC. But, all fun aside, I’m really disappointed. Why?

Well, lets take a snap back to the end of my run. I had just finished claiming the areas of the park for my fellow raiders, the Operators and the Disciples. “What about the Pack?” you ask? Screw them. I hated the Pack from the moment their sniveling boss tried to grovel up to me when we first met. So! What does any good raider boss do when one of her underlings pisses her off?

Which is what I thought this DLC was going to be. I had actually started going out and taking over some of the Commonwealth with the two gangs by my side, and decided that this would be as good a time as any to go ahead and take out any loose ends over at Nuka World.

So, I fast travel back to the theme park, get out my upgraded Overseer’s Guardian (317 damage, destroys anything it hits), head over to the Pack’s headquarters, and go in guns blazing.

What happens? I fail every. single. quest. that I had open pertaining to the park. I couldn’t go out and settle the Commonwealth anymore. I couldn’t do anything else at Nuka World. I was done. Finished.

I went outside and had a look around and every single other gang was hostile towards me. What happened, guys? We’re totally cool, I promise. It’s just the Pack I have issues with. That’s why I split the park up between you two, excluding them in the process. But no. Everyone hates me now. I actually went back and reloaded an old save so I could get back on track to finish the quests.

That’s been my main issue with Fallout 4, and I had real high hopes that Nuka World was going to fix that. It was finally going to give us the option to be bad. Keep in mind, I’m usually the good guy in games (unless they’re tabletops). I’m not always an asshole, but I do like to be renegade every now and a gain. So when a game like Fallout 4 comes along and I can only be good, if I get the opportunity to be bad, I’m going to take it. And you’d think that being the boss of the raiders would be that opportunity.

I went around trying to shoot unruly prisoners and slaves. Nothing. A couple of prisoners held inside the Disciples headquarters were actually impossible to kill. They weren’t invincible, the game just treated them like they didn’t exist. They were chained up to a wall, whining and crying, and I tried to shoot them. A health bar didn’t even appear. The shot went straight through them onto the wall and a little ‘dust’ animation came up. Moments like this really killed (no pun intended) my time in Nuka World, which really makes me sad.

Every shot I took at Nuka Galaxy, every creepy step I made at the Granchester Mansion, and every extra fusion core I put into the Hubologists’ space ship was overshadowed by the fact that I couldn’t roleplay at all. I’m afraid this has been the prevailing issue with Fallout 4, and that’s why it’s going at the bottom of my list for the Fallout franchise. I really hope this isn’t the way that Bethesda is taking their games, especially when it comes to the next installment of Elder Scrolls. Sometimes, people want to be total, complete dickheads. Let them.

I could rant and rave all day about this, but I won’t. Don’t let me spoil the fun for you. Go. Enjoy it. I sure as hell did. But for every decision I made, every shot I took, and every quest I completed, I had a little voice in the back of my head saying ‘It would’ve been so fun to do ___.’ And that’s not how RPGs are supposed to be.

Little to no RPG elements.

(I understand, the last one’s totally my fault and I should’ve seen it coming.)