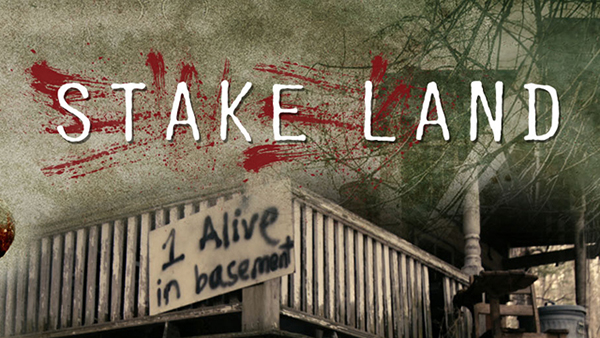 We all love the thought of the apocalypse, don’t we? My love affair with dystopia began with the first time I saw Night of the Living Dead, the George A. Romero cult classic from 1968. “They’re coming to get you, Barbara…” is a line that will forever give me chills. From there, I started picking up every Romero movie I could find (along with quite a few others that are absolutely horrendous).

Some do the post-apocalypse/dystopian future very well. Take Underworld and the sequels that came after it. I love those movies. Having a bad ass lead female character helps, too, so the Resident Evil movies are up in the ranks. But some… Some suck. Really suck. But this isn’t about the terrible movies. This is about a good one, a really really good one that takes the familiar concept of deadly monsters roaming the Earth and gives it a new twist.

This last week, I found a movie that somehow evaded detection on my radar for six years, and in an hour and a half’s time made its way into my top 5: Stake Land.

There isn’t much in the way of explaining the events that brought this apocalyptic future to fruition: somehow, vampires now inhabit the world. Some blood-suckers roam in bands, while others hunt their human prey individually. And that’s about all we have. We don’t even know how long it’s been since this apocalypse took place. One could assume that it’s been at least a year, as most of the cities and towns are now bat caves, but some of the recently dead corpses would suggest otherwise.

Martin, played by Connor Paolo, is the main character and narrator of Stake Land. Right off the bat, he loses his family to a lone wolf. Err… Bat. Mister, played by Nick Damici, is for some reason hanging out by Martin’s family’s barn when the vampire strikes. They go inside after hearing yells from Martin’s mother, and take down their adversary after it eats Martin’s family.

From this point, we see a boy and his now mentor taking the world for what it is. Mister trains him, makes him stronger, and shows him the ropes of living in a world where everything he once knew is now gone.

The only thing is, Martin doesn’t actually get stronger. There’s a pivotal scene in the movie where he does actually understand that his world is now gone, but that doesn’t happen until very late in the film. Time after time, this young boy needs to defend himself, needs to save his life, but he doesn’t. He physically is unable to do what he needs to do. I think this is a very relatable feeling for anyone in this situation. Mister is the bad ass of the film, but I sure as hell know that I couldn’t stab a 13-year-old girl through the heart, even if she was trying to eat me.

The theme of personal growth is just the tip of the iceberg in Stake Land. Isolation also plays a big part in the film. Our heroes stick to back roads throughout the majority of the film, only coming across inhabited areas when completely necessary. The few times we do see towns in Stake Land, the people living there look lost and scared. They know they may have found peace, but for how long? How long do they have before some crazy right-wing radical Christian group starts throwing vampires out of a helicopter?

The cinematography assists the isolationist theme immensely. The movie is so beautifully shot, it could almost be a documentary about the Adirondacks. The scenery and sets of the film advance the core ideas behind the film perfectly.

The score helps bring out this feeling, too. Very seldom is there any real music. There is a beautiful rendition of Lead Belly’s “Where Did You Sleep Last Night?” that plays in a bar that our heroes come across, but that’s about it on actual songs. Most of the time, a lone fiddle escorts the viewer through scenes, sometimes accompanied by a piano or drum kit. This makes the new-old-world feel even stronger you advance through the story with our two main characters.

I really have nothing bad to say about this movie. No. Really. I wouldn’t score it a perfect 10, but that takes a lot in my book. A lot of films like Stake Land are campy, cheesy, and downright ridiculous, but Stake Land drives a stake right through the heart of those b-movie tropes. It takes a familiar story of post-apocalyptic America and adds bigger, badder monsters and bigger, badder heroes. It’s shot beautifully, the acting is impeccable, and the music accompanying the film immerses the viewer into this eerily familiar world.

What I’m trying to say is this: go see this movie. Get on Netflix right now and add it to your queue before it’s too late. You won’t regret it.