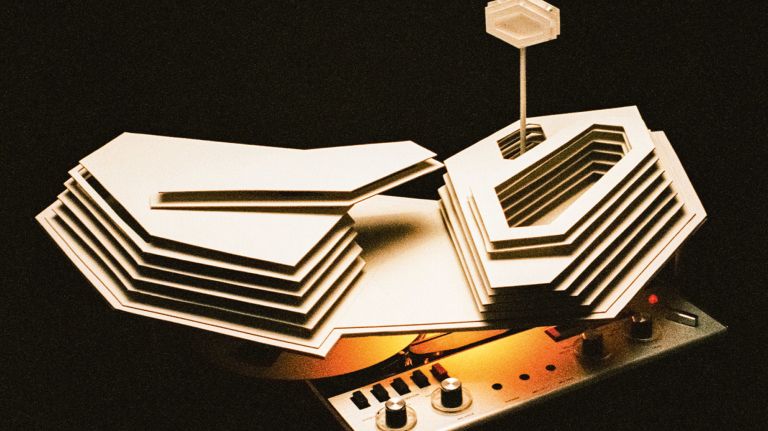 Five years ago, the Arctic Monkeys shot to international fame with their fifth studio album AM. 20-somethings and teenagers around the world swooned at Alex Turner’s heartbreaking vocals, Nick O’Maley’s thumping bass, Matt Helders’s pounding drums, and Jamie Cook’s overdriven guitar – things that the rest of us had known existed since Whatever People Say I Am, That’s What I’m Not released in 2006.

To everyone’s disappointment, the Arctic Monkeys fell off the face of the earth after they finished their AM tour. But as it turns out, they were just taking a little vacation at the Tranquility Base Hotel & Casino. Thankfully, after a five-year hiatus, they were kind enough to bring back some of the delicate, ethereal tunes they wrote while on holiday.

My wife and I sat down last night with a glass of whiskey and listened to the album from start to finish. Now, I know I’m a hipster, but I would certainly recommend purchasing this in record form, not on a CD. Not only do you get it printed on a kick ass silver, you get to hear it in the way that it was meant to be heard. It’s mixed as well as a soufflé, and as I sit here re-listening to it through my $20 Sony earbuds, I can’t help but think that some of that production value is lost on the way from the input jack to my ears.

I wouldn’t have expected any less from a team of fantastic musicians, though. Every single sound on the album seems as though it was meticulously planned on a whiskey-soaked napkin in the back-corner booth of a hotel bar. Each squeal of guitar, each echo and twinge of reverb fits perfectly into its own space as though it was carved specifically for that purpose.

There’s a noticeable lack of guitar on the album. Instead of the bursting, overdriven riffs fans are familiar with, you’ll notice a chorus of synthesizers and keyboards, as well as an extremely heavy bass guitar. Matt Helders is still focusing on sounding like a drum machine, which I can’t say I approve of, but there’s something to be said about focusing on the technical side of an instrument instead of playing as fast or as intense as you can.

Instead of the melodic progressions of Suck It and See or the punching rhythms of Whatever People Say I Am, That’s What I’m Not, guitar is used as a spice instead of a main ingredient. It’s there for flavor, while bass and keyboard act as the meat and potatoes.

Another noticeable ingredient to the mix is the melodic harmonies that pepper the 11-song masterpiece. It’s something we’ve never heard from the Monkeys before except for a bit in AM, but it’s hard to see why. Alex Turner takes point, as usual, but the rest of the band props up his vocals with beautiful harmonies that are more reminiscent of the doo-wop era than a futuristic moon base.

All of these are just a mechanism to convey Alex Turner’s mastery of the English language. As usual, Turner takes rhythm and rhyme and throws songwriting on its head. But this time, the songs aren’t about getting drunk, running away from cops, or overt sexuality. No, Tranquility Base is something we’ve never seen from Turner before, not unless you’ve heard The Last Shadow Puppets latest release, Everything You’ve Come To Expect.

It’s been five long years since we’ve heard anything from the Monkeys, and Turner has done a lot of growing up in that time. Hell, he’s done a lot of growing up since 2006 when he was singing about cuddles in the kitchen. The maturity of Tranquility Base is a welcome shift. From the smart sarcasm of ‘Star Treatment’ to the sad realizations of ‘The Ultracheese,’ I think this is what Alex Turner looks like when he’s all grown up.

And since I started listening to them in 2006, I’ve done a lot of growing up, too. This band provided a soundtrack to my life at each step along the way.

Whatever People Say I Am was for my punk phase. My angry phase. My ‘What’s going on? Eh fuck it’ phase.

Favourite Worst Nightmare was confusing. It was scary, angry, and overdone. It felt like a giant party thrown on overdrive. Which is my last two yeas of high school in a nutshell.

Humbug was even scarier, mostly because it was so foreign, so different, just like me when I graduated high school and was looking for a new direction. I was a stranger in a new land, just like the Monkeys in Joshua Tree.

Suck It and See was when it all started coming together. I was finally getting comfortable with myself as an adult, forgetting about the future, and focusing on the now.

AM was a dark but necessary period. It’s where I tried to forget about the past and move in a completely new direction.

And Tranquility Base is the payoff. It’s the culmination of everything that I’ve worked for finally coming together. It’s grown up. It’s maturing while keeping true to its roots and not forgetting where it came from – what it went through to get where it is today.

What I love (and respect) most about the Arctic Monkeys is their constant ability to change, innovate, and turn your notion of rock music on its head. No two albums are the same. Each one is a snapshot in time and their progression through life.

I don’t think this album will be as big a commercial success as AM was, but that’s ok. I don’t think they want it to be. They wanted to make an album that’s perfect for here and now. And that’s what the Arctic Monkeys are all about.

You like the word ‘hamburger’ randomly thrown into a song.

You’re in need of an early 1970s James Bond-esque soundtrack to your life.

You’re a human being with ears and a brain.

2 thoughts on “Tranquility Base Hotel & Casino – A Review”