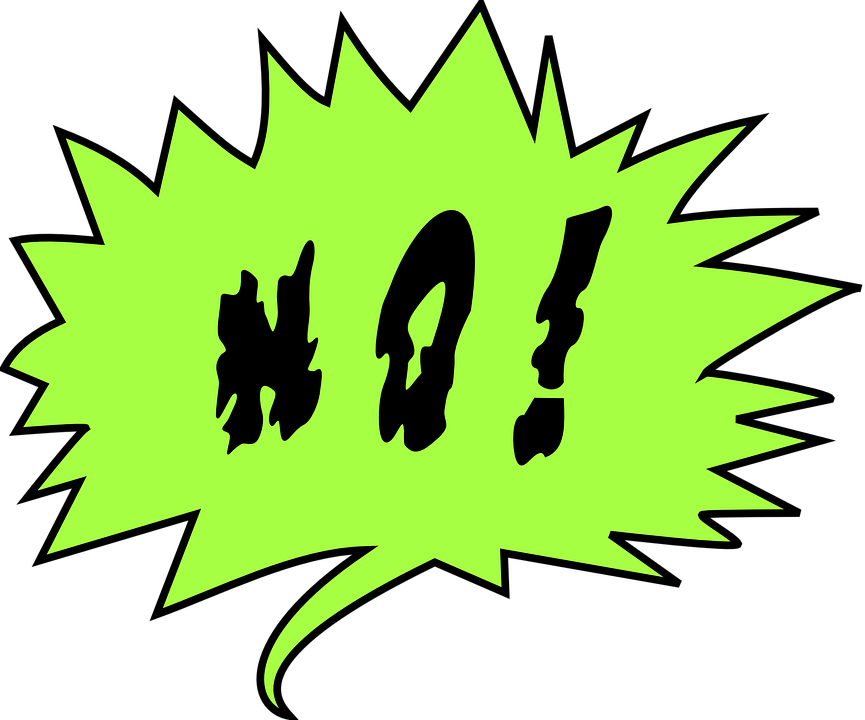 There are many things I’ll do in my life. Hell, I’m only 26 for chrissake. I’ve got at least another 40 solid years ahead of me to make mistakes, memories, and magical moments. But for everything I’ll achieve, there are equally as many that I won’t, either by choice or by chance. Like…

I realize that we’re in space already, technically. I don’t mean space; I mean outer space like the Moon, Mars, Jupiter, and the like. First of all, I’m not nearly smart enough to get in with NASA. Second, I’m not nearly rich enough to be friends with Elon Musk. So unless we make some really cheap, super affordable option for normal people to go up into space (like a volunteer colonization service), I don’t think I’ll be leaving Earth anytime soon.

Backwards time travel is impossible. Plain and simple. I could dream it, sure, but I don’t think there would ever be any possibility of me ever seeing the fab four in person. A rift could open up in space and time, causing the Beatles to start playing right next to me, and then I’d get sucked through into their time, but then I might be trapped in 1964. And I really don’t want to have to live through disco. **shivers**

4) Sail across the ocean in a boat

I love the idea of being a mariner. Keyword – idea. Boats scare the shit out of me, especially ones on the open ocean. Having the boat sink, getting stuck out on bit of wood, having a shark nibble at my feet… Ugh. No. No way. Bays are fine. Lakes are fine. Rivers are fine. Open ocean where there’s thousands and thousands of feet of ocean below me? Nope. No way. Nu-uh.

Just not for me.

For the uninitiated, this is a Luther Vandross. 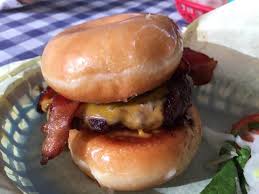 Yes, that’s a bacon cheeseburger sandwiched between two Krispy Kreme donuts. There might have been a time in my life where I would have said ‘Bring it on!’ to the Vandross burger. But now, sadly, I think I would actually die. I honestly think that if I ate this, my heart would explode out of my chest, making a mighty mess for anyone around me to clean up. Which makes me sad, really. I think it would be a delicious thing to try, but…yeah…the whole heart exploding thing…

When I was younger (which really wasn’t that long ago. Like I said, I’m 26), I had beautiful hair, long, luscious, flowing locks that I would whip back and forth from in front of my eyes. It was magical. Sadly, I started going bald when I was about 22. It’s not that bad, really, but I know I’ll never have long hair again. I can’t ever see myself being one of those old guys with a horseshoe hair do and a ponytail. I’m not that cool, and I’m way too self conscious (but not self conscious enough to get plugs or a transplant). I’ll just let it do its thing.

I think the last time I developed film was in my high school photojournalism class. Before that, I’d been doing it since I was a kid. My dad taught photography and had a darkroom in his classroom as long as I can remember. It’s a great process, really. It’s so much fun to actually have your hands on a piece of photo paper, slide negatives in and out of a projector, and get your fingertips dirty, dry, and burned with developer…wait. F that. That shit sucked. 90% of the people that say ‘Real photography is done on film. Digital sucks.’ never had to develop it. They never had to sit in a darkroom for hours at a time getting pictures from the camera onto paper. They never felt the heartache of ruining an entire roll of film because you didn’t load it onto the reel right. You know what, I’m actually not too sad about this one.

Compound a fear of the open ocean with a fear of airplanes and boom, you’ve got a recipe for me never going to Australia. At least if you fly to Europe you’re going mostly over land. You’ve got Greenland and Iceland going, you know. But Australia? Straight up ocean. Nothing’s below you but sharks and lost WW2 planes. Then, if you made it, you’d wind up on a desert island somewhere, have to live off coconuts and make a volleyball into your only friend. Yeah. I’ve seen Cast Away. I know how that works out.

**Edit: Reading through this a second time, I’m now realizing that you could probably go to Australia through Europe, then Asia, then down south to the land down under. We’ll put this in the ‘Maybe’ pile.

I know I really could learn Mandarin if I wanted to, but it would take a lot of work. I mean a lot. I speak a PIE language, that is, a language that came out of Proto-Indo-European. I know a bit of Latin and Spanish, so it’d be easy for me to get a simple grasp on French, German, Dutch, or hell, even one of the Slavic languages if I was given enough time. But Mandarin or any of the highly inflected languages of the east, no way. Too much work. That’s what Google Translate is for, right?